Connected to the Nasu volcanic belt, this is made up about 40 volcanoes that erupted during the Quaternary Era, and signs of its activity can still be seen at places like Mt. Iwate and Mt. Yake. These geological forms are many and varied, such as aspites (shield vocanoes: Hanchimantai), konidees (stratovocanoes: Mt. Iwate, Komagatake), tholoides (bell-shaped volcanoes: Mt. Yake), aspitholoides (bell-shaped shield volcanoes: Chausudake), and others, and many have crater lakes and lava flows. Also, in thermal areas such as Goshogake Hot Spring and Tamagawa Hot Spring, volcanic action such as geysers, fumaroles, and boiling mud is still active, earning the area the nickname The Volcano Museum.

Chigo Gyouretsu (a child in a festival precession), local entertainment, and the Chusonji Noh performance are performed under the beautiful autumnal …

When a day goes down on August 16th, the last day of the Obon Festival, and the ridgeline of Mt. Tabashine and the night sky come together, the fire …

Designated a place of scenic beauty in 1925, Geibi Gorge is counted as one the Hundred Views of …

On both sides of the Iwai River, which has its source on Mt. Kurikoma, the gorge extends for about 2km of fantastically-shaped …

Terraces along the River Kitakami extend from the foot of Takadachi. The quantity and quality of its remains and relics stand out among the ruins of …

This is one of the most scenic parts of the Rikuchu Coast National Park. Pure white rocks jut from the azure sea to form tiny …

Kenji Miyazaki, the poet and children’s author who created such classics as Night on the Galactic …

A general farm, sprawling over the foothills of Mt. Iwate. It covers 3,000 ha and in its grounds it has a dairy and other production facilities, as …

This area is famous as a place where swans migrate to in winter. The multipurpose dam built in 1981 allowed the creation of a lake where in summer …

Situated on Lake Gosho, this facility houses a workshop making traditional handicrafts such as furniture, pottery, and Nambu ironmongery, sweets and …

The Ryusendo Caves are one of the three biggest caves in Japan, and designated as a National Natural … 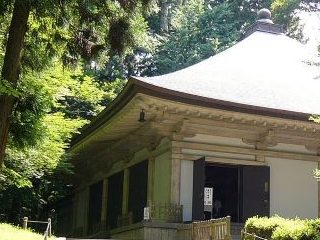 The Golden Hall of Chosonji Temple

Over 3,000 National Treasures and Important Cultural Properties are housed here showing the glories of the Oshu Fujiwara Clan, which built a golden …
We use our own and third party cookies to give you the best possible experience. By using this site, you agree with our Cookie PolicyAccept